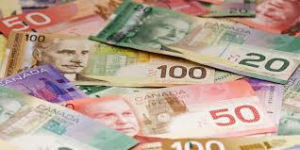 I would buy all the stock in Apple knowing that it would all be up for grabs in the morning. That way it would completely upend their business and likely bankrupt them, somehow magically, at midnight.  Then their rein of tyranny would end once and for all.

Of course then there would be all the Apple lovers (aka: “to lazy to learn how to use real technology” people) who would be seriously upset.  I suppose I would have to feel bad about them.  But then again…maybe not.

Would be really tempted to donate mass amounts to charity in hopes that the fates that are in control of this magical money would have mercy and then allow them to retain the money.  Perhaps because I technically wouldn’t ‘retain anything’ of the money personally the charities would be allowed to keep the money.  Of course, if it didn’t work then there would likely be a massive ‘hate on’ on me.  I wouldn’t like that very much.

I would be tempted to offer up the money in some crazy contest just to see what I could get people to do.  IT would be a massive prank to have it all go through and then the money just go up in smoke at midnight.  Of course, now we are just back to the “massive hate on” thing again.

It seems like no matter how you cut it I would get in a lot of trouble if this ever happened.  I think I’ll just stick to earning moderate amounts of money and spending it somewhat wisely.