I think the most important part of this picture is the people in the boat. Who are they and what are they thinking about right now?

Jonathan and his wife Ellen had set off sailing off the coast of Australia on a sunny afternoon.  Their destination was the Great Barrier Reef, but soon they would have a change of plans.  Although the day had begun quietly enough they soon noticed clouds forming all around them.  A slow turning swirl emerged in the sky reminding Jonathan of the slow motions of soft ice cream as it exits the soft-serve machines.  But, today was going to be anything but a treat on a summer’s day.

Jonathan and Ellen were by no means expert sailors.  Having only just taken an introductory course last week they felt somewhat capable but only for short excursions.  The darkening swirls in the sky did not give them confidence.  They quickly turned about toward the shore in hopes of sparing their vessel from the soon-to-be churning tide.

The sky continued to turn with wind driving as a force against them.  They felt the first pangs of panic set upon them as the rocking of the boat began to turn and toss with the water.  Ellen tried to maintain a strong demeanor knowing that her and Jonathan would only survive if they kept calm and worked together.

Soon the sky and sea seemed to be one as they ripped asunder and bore on the pair in the tiny boat.  It was not long until they had capsized.  Jonathan’s head struck the side of the boat as he was tossed from the deck causing him to pass out. The last memory Ellen had of the storm was that of her mouth and lungs filling with water and thinking in terror that she would never see Jonathan again.

They awoke on a gently lapping sea under a mostly full moon reflecting upon the water.  The boat was dry, they seemed intact and the stars were magnificent under a vast sky.  Their world seemed so large around them as the vast sea seemed to swallow them whole.

There was no land in sight except for on small jagged island which they were swiftly approaching.  Nothing could have prepared them… 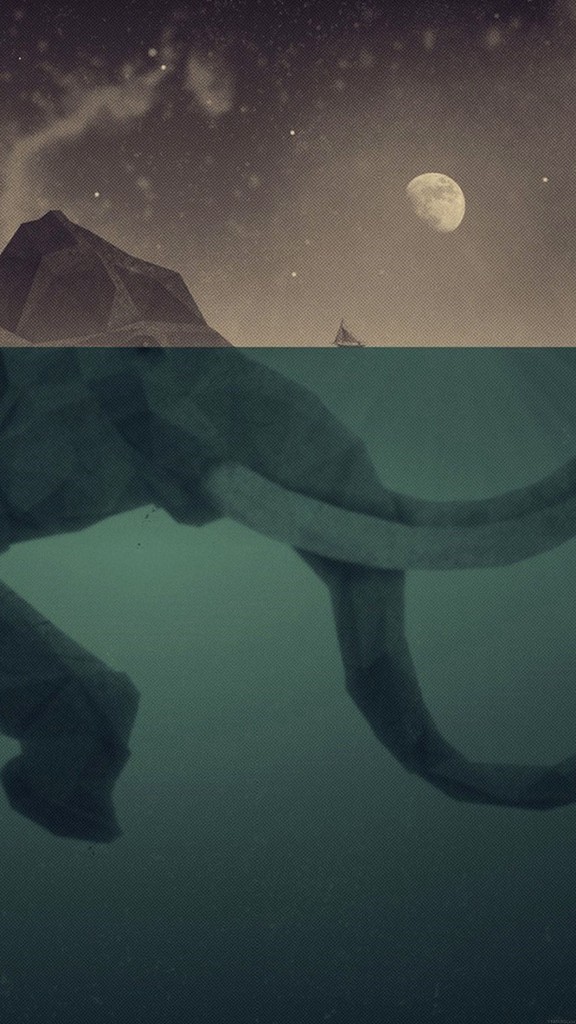